Things to Do in Câmara de Lobos: Bay, Ilhéu, Churchill Statue and more 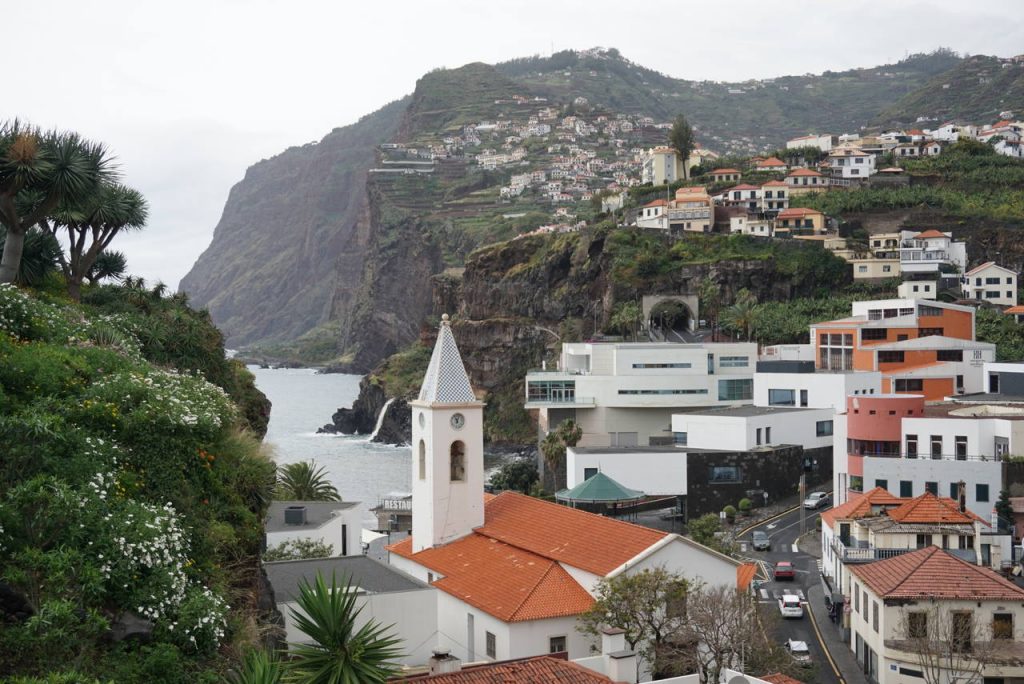 Things to Do in in Câmara de Lobos – Madeira Island.

Câmara de Lobos is a town on Madeira Island, located about 10 km from Funchal.

A walk in the bay of Câmara de Lobos and dinner in one of the restaurants in the center is the ideal program for a day out, but there are other things to do.

Things to do in Câmara de Lobos

The center of Câmara de Lobos is small, and it takes just a few hours to explore it.

When you reach the area close to the bay, we suggest that you leave your car in the car park and set off on an adventure.

Stroll in the bay of Câmara de Lobos

The bay is an excellent place to spend a few hours.

Please pay attention to the colorful boats on the sand or along the bay.

It is a tourist area, where there is no shortage of shops with souvenirs and bars selling Poncha, but believe me, it is worth the trip.

Near the lighthouse, you can see a work by Bordallo II that represents a sea lion. According to legend, when João Gonçalves Zarco arrived in Madeira, he found a cave with many sea lions, and that’s why he named it Câmara de Lobos.

There are still some colonies of sea lions in Madeira, mainly on the Desertas Islands, but as they are a protected species, interaction with humans is restricted.

Another popular place in Câmara de Lobos is the Churchill statue in front of the Hotel Pestana.
The English Prime Minister spent a family holiday on Madeira Island in 1950 and painted a picture with the bay of Câmara de Lobos.

Next to the hotel, you can find the Chapel of Nossa Senhora da Conceição, which goes unnoticed, but whose interior hides a high altar richly decorated with gilded carvings.

Go up to the Ilhéu and photograph one of the most beautiful sceneries on Madeira Island.

It is a large rock overlooking the sea.

Traditionally, this was where the fisherman of Câmara de Lobos lived.

The island of Madeira is rich in breathtaking viewpoints, and in our opinion, the Viewpoint of the Ilhéu is one of the most beautiful.

See the sea and the fajãs at Cabo Girão

Cabo Girão is a Promontory of about 589 meters with a glass platform to see the sea and the fajãs.

As it is a touristy place, you can count on many people throughout the day.

You can either go by rental car, by bus or organized tour.

Estreito de Câmara de Lobos is a parish in the municipality of Câmara de Lobos and has the particularity of being the place where most of the Vinha Madeira grapes are produced.

Therefore, if you are a wine lover, do not miss the opportunity to see the vineyards.
Also, hikers love the Levada do Norte before enjoying the typical Madeiran espetada in one of the restaurants in the region.

Curral das Freiras is an enigmatic place in Madeira because it was isolated from the rest of the island for a long time.

The cliffs of the central massif of Madeira plunge into a fertile valley where the shepherds kept their flocks until the nuns of the Convento de Santa Clara in Funchal moved there.

We are talking about the Boca da Corrida viewpoint but also the Boca dos Namorados Viewpoint, which, as they are not very far from each other, can be visited one after the other.

At the Pico da Torre Viewpoint, you can admire the views of the sea, as well as observe the banana plantations.

Where to eat in Câmara de Lobos

There are several restaurants in the historic area of ​​Câmara de Lobos where you can taste the typical dishes.

So, we chose a terrace overlooking the pier and where we enjoyed the traditional bolo do caco with garlic butter (although not part of the menu), grilled limpets, and chopped swordfish.

The bolo do caco was crispy and lightly toasted before being generously sprinkled with garlic butter.

On the other hand, limpets also had a rich sauce of butter and garlic, and for the flavor to be more intense, you should eat them directly from the shell, that is, without using the cutlery.

Picado is a local staple in Madeira’s restaurants, although the most traditional is the swordfish and the regional one with beef.

It is served with a sauce of peppers and vinegar and served with French fries or fried corn.

Regarding drinks, we tried Poncha for adults and non-alcoholic Niquita for children.

Where to sleep in Câmara de Lobos

Câmara de Lobos was our base on Madeira Island, more specifically the Quinta da Saraiva hotel, which we recommend.

It is a beautiful farm with vineyards and banana plantations which allowed us to have new experiences.

In addition, the hotel has a heated swimming pool overlooking the sea and the unforgettable bay of Câmara de Lobos.

Map and how to get to Câmara de Lobos

PrevPreviousRibeira Brava: making and tasting Madeira Poncha in Serra D’Água
NextPico do Arieiro see the sunrise in the clouds of Madeira IslandNext 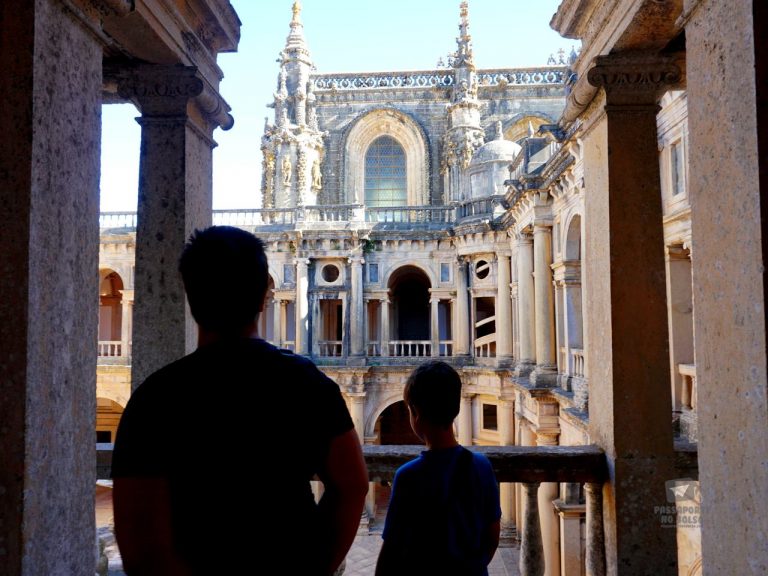 A guide to the best of Tomar Portugal: from must-see landmarks to hidden gems 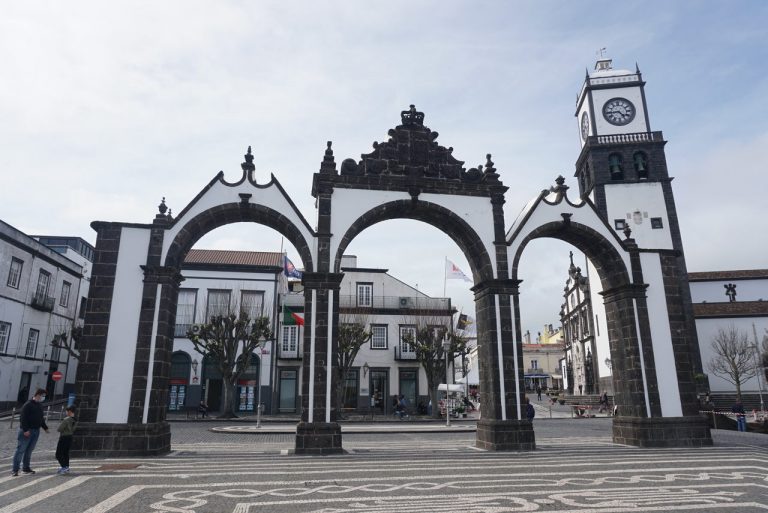 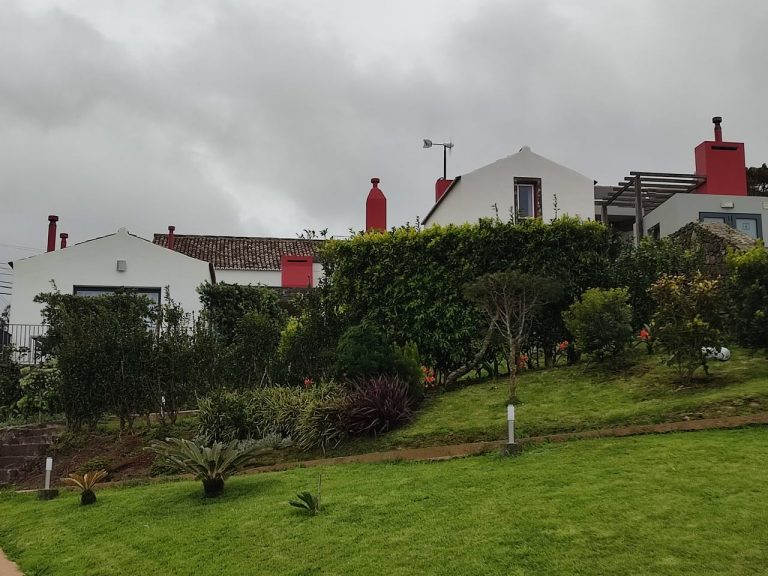