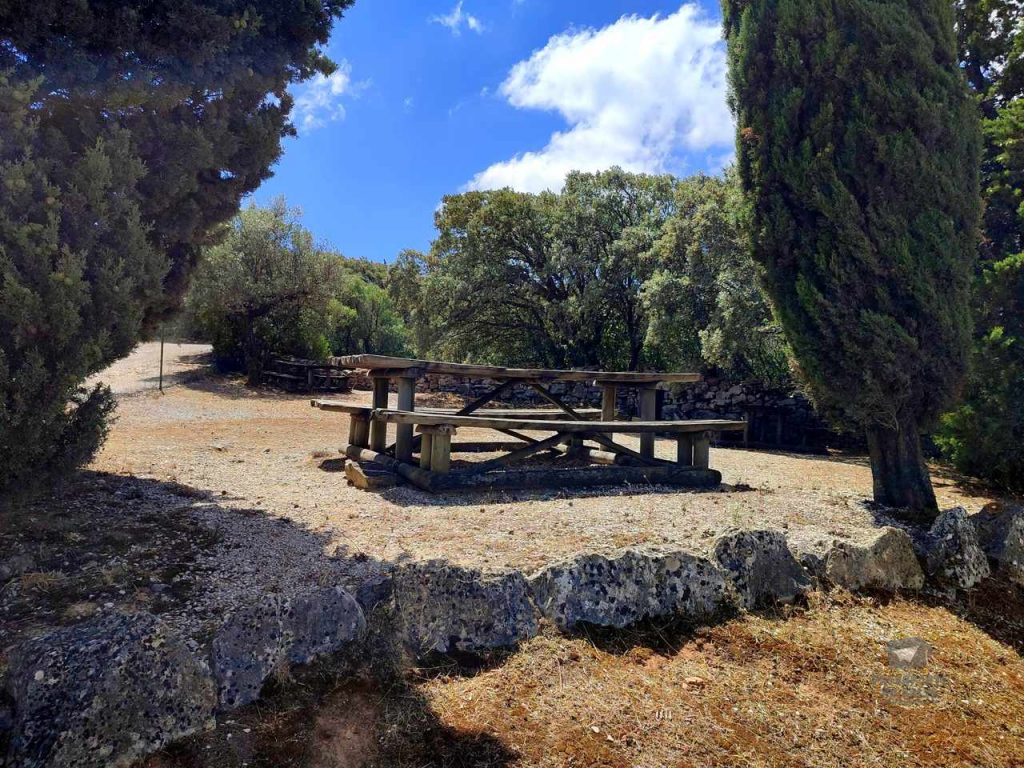 It covers an area of around 38,000 hectares and is located in the Calcário do Estremenho Massif, a region of hills and cliffs that rise from the surrounding lowlands.

The park is located about 40 kilometers from the coast and is characterized by its dry landscape, marked by the absence of surface water courses.

However, the absence of water has shaped the landscape, characterized by faults, escarpments and rocky outcrops.

Despite the surface dryness, the park has an intricate underground network of caves and waterways.

You can see more than 100 species of birds, such as the Eurasian Eagle Owl and Red-billed Jack, which nest in cavities within the park.

In addition to its diverse bird population, the park also has a variety of other animals, including bats, which are an important symbol of the park.

Regarding the rich vegetation, you can count on about 600 species of plants, including wild orchids and endemic species that only exist in Portugal.

The park’s karst morphology, vegetation, underground watercourses, specific fauna and the history of stone extraction are just some of the many factors that led to its designation as a natural park.

Best things to see and do in Serra de Aire e Candeeiros?

Here are some of the best things to see and do in Serra de Aire e Candeeiros Natural Park:

Hike the park’s trails: The park has several trails that offer beautiful views of the surrounding landscape. You can walk through the park on your own or join a guided tour.

The Monumento Natural das Pegadas de Dinossáurios: (Natural Monument of Dinosaur Footprints is a protected natural area in Portugal that is home to a variety of well-preserved dinosaur footprints. It’s located between the towns of Ourém and Torres Novas, and it is considered a significant scientific and cultural resource due to the rare and diverse fossil remains that have been found there. The Monumento Natural das Pegadas de Dinossáurios attracts thousands of visitors each year who come to see the fossilized footprints.

When choosing where to stay in the region, you can choose one of the seven municipalities that make up the Serra de Aire e Candeeiros Natural Park.

I stayed at the Dona Amélia Hotel by RIDAN Hotels, a budget hotel in Fátima (Ourém) and it suited me perfectly.

But I must say that I was in doubt between staying in Fátima or Porto de Mós. So, also please consider the Cooking and Nature – Emotional Hotel, in Alvados, about 7 km from Porto de Mós.

What are the municipalities of Serras de Aire e Candeeiros Natural Park?

These municipalities offer a wide range of recreational and cultural activities for visitors to enjoy, including hiking, birdwatching, and exploring the park’s many natural wonders.

The Serras de Aire e Candeeiros Natural Park is a popular destination for both locals and tourists alike, and it attracts thousands of visitors each year who come to experience its natural beauty and rich cultural heritage.

These townships offer a variety of recreational and cultural activities for visitors, including hiking, bird watching and exploring the park’s many natural wonders.

Why is it called Serra dos Candeeiros (candlesticks)?

The Serra dos Candeeiros, a mountain range located in Portugal, has a long history of being known by various names.

In the time of Afonso Henriques, it was called Monte Taixa, which means “the crowned one” in Arabic because it resembles a crown when viewed from the western side. Throughout the years, it has also been referred to as Serra de Albardos, Serra de Santa Marta, Serra de Patelo and Serra Alcobertas. However, the current name, Serra dos Candeeiros, has a particular history behind it.

There has been debate and speculation about the origins of the name Serra dos Candeeiros.

Some suggestions include that the peaks of the mountain range resemble candlesticks, or that the term candeeiros refers to pine needles or dry pine branches, or the mountain was named after the shepherds who lit fires on the mountain in the summer to allow for the renewal of the bushes.

Others believe the name Candeeiros comes from a vegetable referenced in the 16th century and that it means a place where cattle are raised. Still others believe the name refers to a lookout point used by King Afonso Henriques to communicate with the castle of Alcanede by light signals, or that it comes from the use of lamps by women to light the way for men traveling through the mountains to avoid thieves.

However, the most likely explanation for the current name is that it refers to the candeeiros, or guides, who led oxcarts through the region.

How the Serra de Aire e Candeeiros was formed?

The Serra de Aire e Candeeiros mountain range is home to a plethora of limestone, the most abundant type of rock found in the region. This sedimentary rock is responsible for the unique landscape of the area, with various structures such as caves being a prominent feature. The formation of these limestone structures is a result of both chemical and mechanical erosion.

Chemical erosion occurs when the water dissolves the components of the limestone, causing it to break down over time. This process is known as dissolution, and it is a slow but steady process that can lead to the creation of features such as caves and sinkholes.

Mechanical erosion, on the other hand, is caused by physical forces that act upon the rock, causing it to wear and tear. This can include forces such as wind and water, as well as the movement of animals or humans. As a result of mechanical erosion, the rock may experience fractures and eventual breakdown.

It is worth noting that limestone erosion is at the root of the formation of many karst structures, including caves, sinkholes, lapiás, stalagmites, and stalactites. These structures are often formed through a combination of both chemical and mechanical erosion, with the specific process and features being dependent on the local environment and geology.

What rivers are born in Serra dos Candeeiros?

In the Serra dos Candeeiros five rivers originate: the Alcoa River, the Maior River, the Alcobras River, the Penegral River and, finally, the Lena River.

Where are the Mira de Aire Caves located?

The Mira de Aire Caves are a stunning group of limestone caves located in the municipality of Porto de Mós, in the district of Leiria, Portugal.

These caves, which are situated in the town of Mira de Aire, are a natural wonder that attracts visitors from all over the world.

One of the caves, called the Gruta dos Moinhos Velhos, is particularly noteworthy as it has been opened up for tourism and is considered a Public Interest Property.

Visitors to the Gruta dos Moinhos Velhos can explore the cave’s winding passages and marvel at the breathtaking rock formations that have been created over millions of years.

For me, the mid-season is the best time to visit the Serras de Aire e Candeeiros Natural Park, that is, in spring and autumn.

At this time, as a rule, the climate is mild and the trails are less crowded, which facilitates the experience in general. In addition, in spring the wildflowers give the park an incredible color, as well as the different shades of yellow, orange, gold and brown of the trees in autumn.

If you can’t do without the warmer weather, then the summer months are the best choice for you.

Remember that it can get very hot in the summer, so it’s important to stay hydrated and take frequent breaks to avoid overheating if you’re hiking.

PrevPreviousExplore the cultural & natural beauty of Abrantes Portugal: a day trip from Lisbon
NextCovadonga Spain: the Spiritual Heart of Asturias! Visit the LakesNext 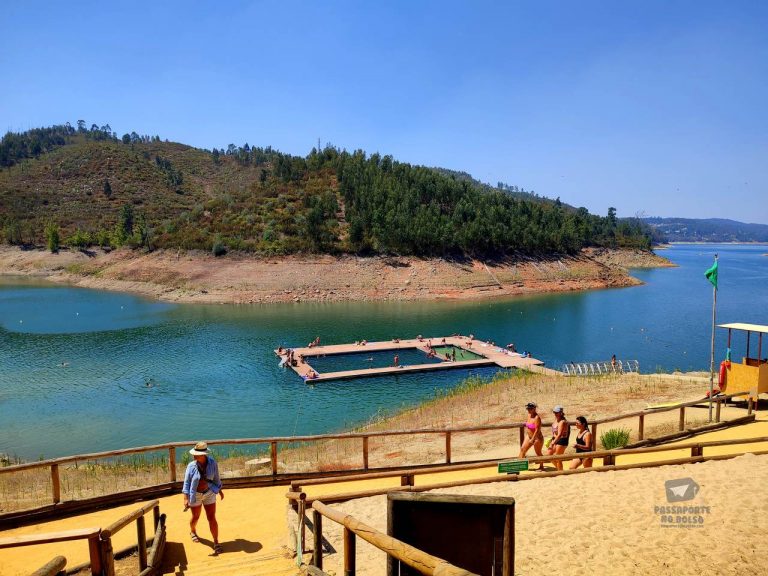